Hit enter to search or ESC to close

THE STORY OF TGD

The Grief Directory (TGD) was born out of a personal tragedy. On the morning of February 18, 2013, Fatima Ali Haider (Co-founder, TGD) bade farewell to her husband and eleven year-old son as they left for work and school, without knowing this was the last time she would see them alive. Their deaths were the result of a sectarian target killing. In the following days of grieving and desolation, one friend, Dr. Narmeen, reached out and a special bridge of compassion was created between the two. In the aftermath of Peshawar’s Army Public School massacre in December 2014, the two of them realized that their model of support was worth sharing with other families in similar situations. This led to the creation of TGD in January 2015, an organization that works to counter extremist narratives and support sufferers of violent extremism. 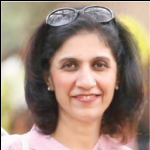 Dr. Fatima Ali Haider is a medical doctor by profession. In addition to working as a physician and EMDR therapist, she works on countering violent extremism and promoting inter-faith harmony. She has spoken on various platforms raising the profile of persecuted communities and advocating for the rights of terrorism affected families. 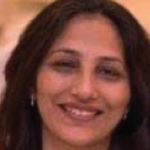 Dr. Narmeen Altaf Hamid is a physician by training and holds a doctorate in Social Medicine from the UK. In addition to working as an Adviser on Gender, Health & Development, she also works for women belonging to marginalized groups and those living in areas of conflict.